Where can you watch Bradford’s Film Heritage?

Stuck for something to watch? Want to know where you can look to watch some of the films and TV shows from Bradford’s Film Heritage? Look no further…

Click on the title for more information about the film/ TV show and click on the provider to watch.

Which will you be watching? Let us know which Bradford locations you spot! By David Wilson | Uncategorised | No Comments 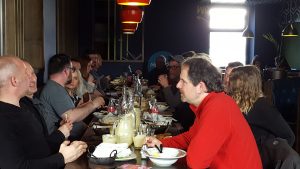 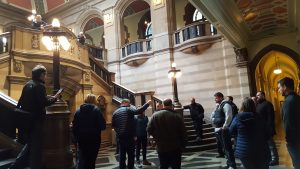 When my task began, in late August 2017, it was a simple one. I was to collect information on any film and television productions that had filmed in Bradford in the last few years (the last entry on the original Bradford Film Heritage app timeline was Bill, in 2015), and insert it into the app, finally bringing it up-to-date.

The first sign this task was to grow into much more came when I suggested I collate the same information for some of the older entries, many of which were included in the timeline but had no page of their own to give app users any idea about the production or its connection to Bradford.

This proved more difficult and time-consuming than I had initially expected. When an area has as long and as rich a filmic past as the Bradford district, it is only so long before one begins stumbling into the world of obscure and long-forgotten BBC dramas from the sixties…

This research made up the bulk of my work, in particular trying to find reliable information as to the locations of productions filmed before the advent of the Bradford Film Office (or trying to locate the sites of long-demolished buildings from a small collection of old photographs…) When this was done (or, I should say, mostly done, as previously unknown productions continued to come to light throughout the entire process), I was happy to know that soon my hard work would pay off, with the new content soon to be added to the app to create a more complete picture of Bradford’s’ Film Heritage to all future app users.

…It was never going to be that simple.

When came to put info on app, it became clear that something much more radical needed to happen. It turned out the original version of the app was made using technology that had since become out-of-date, making it near impossible to update, and was certainly too complicated to be used by a non-coder, which was vital if it was to be kept up-to-date in the future.

So we began the process of giving the site a full overhaul, including re-assessing the functionality of the app, what we wanted it to do, and how it should look. The map was created from scratch, combining the two separate Bradford District and city centre maps and allowing each location description to include links to the productions filmed there. Three new tours were added, in addition to the updated Heritage Tour, and the entire site was rebuilt with a new, more modern look.

To anyone reading this, I hope you enjoy the revamped Bradford Film Heritage site, and I also hope, to prove none of my work on it has been in vain, that you read every last entry on the timeline. Yes, even 1968’s BBC series Resurrection, so well-loved that we literally couldn’t find a single image of it on the entire internet. Even that one.